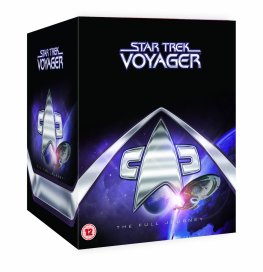 First off, let me confess to anyone who does not already know that I am an out and out Trekkie.  I am a die-hard Voyager fan in particular, but will watch pretty much anything to do with Star Trek.  (I realise writing this that I completely forgot to mention this in my responses to Ute’s questions recently, but there you go…!)

Anyway, there are only two Trek-related things which are pretty much unforgivable in my book:

Having got that off my chest, it is also fair to say that I generally love a good space drama.  I am not going to get into the merits or otherwise of Star Wars here.  That will need it’s very own post some time.

Instead, I’d like to highlight a couple of the other great space films that capture one’s imagination.

When I wrote about the death of Alan Rickman recently, a blogging friend responded by highlighting one of his films, Galaxy Quest.  I immediately realised that my life would not be complete without watching it as soon as possible.

I was not disappointed.  It is a wonderful spoof on programmes like Star Trek and I enjoyed every second of it.  The funny thing is that, no matter how badly this type of film portrays space exploration, it is still easy to go along with the story.

I also recently watched The Martian. 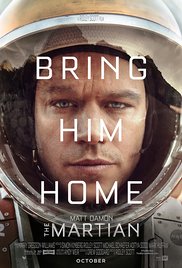 Again, a brilliant film, based on the book of the same title by Andy Weir.  Ridley Scott directs a totally believable and suspense-filled epic, which had me on the edge of my seat right until the last moment.  This was all the more remarkable because I had previously read the book and knew the story!!

I think there is something about space-based films in particular which, if done well, inspire this type of white-knuckle ride, even when one knows how things are likely to end, or definitely will end.  Gravity is one such film, which totally deserved all the awards it won in 2014.  This was utterly compelling the whole way through.

And perhaps one of the best examples of all, if not the best,  is the magnificent Apollo 13.

Director Ron Howard took our breath away, making us wonder whether the astronauts would survive their return to earth, in the telling of a story based on fact.  Now that’s film-making at its pinnacle.  I will never forget watching this film in the cinema with Hub and my sister – we sat through the credits at the end unable to move, so stunned were we with what we had witnessed.  Amazing.

Do you like space films?  Any that you would recommend?  Or avoid?

I love a good time shift/what if? story. Perhaps my favourite (so far anyway) is Replay by Ken Grimwood, which some say inspired the movie Groundhog Day (although there are plenty of other claims to that moniker). So I was pleased to get a library copy of #TheInvisibleLifeOfAddieLarue by #VEShwab It is a lively Faustian tale exploring what happens when Adeline LaRue makes a pact with the devil to avoid a life of restrictions and social conventions. This has had thousands of rave reviews since it was published last year. But sadly mine is not joining their number.
It’s been mostly wet and windy here in #Orkney since we arrived last weekend, but happily the weather is starting to improve. This is the lovely #SkaillBay where we have just been watching oystercatchers, dunlin, arctic terns and eider ducks 😍🐧🐦
A very happy birthday to #DaphneDuMaurier and an even happier one to @heavenalibooks who has once again been hosting her excellent annual #DDMReadingWeek since Monday.
I’ve just finished #TheTrumpetMajor by #ThomasHardy - the latest novel in #TheGreatThomasHardyReadalong2022 hosted by the fabulous @pezzasclassicbooks and @annathebooksiread 👏🏻